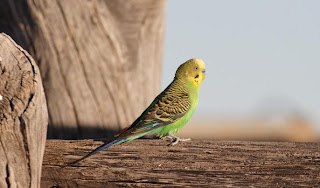 Australia has been home to the wild budgerigars for at least five million years. Image (c) Bush Budgies
The home of the budgerigar is in Australia. They were discovered by the money forger Thomas Watling in 1792. Budgerigars were able to live in freedom until 1840, when the first live specimens were caught and exported to England. 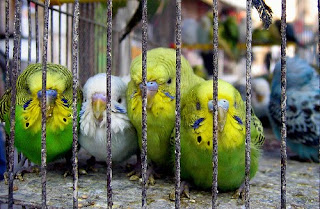 Budgerigars huddled together in cold and rainy Western Europe. Image (c) Alieh S.
The few birds that survived the shipping journey were pampered in every way possible in order to keep them alive and happy (and to encourage them to breed, of course). There is a positive consequence linked to this: it is so easy to breed budgerigars today that no one bothers to catch them in the wild anymore. Just like globetrotters, they have travelled all over the world. 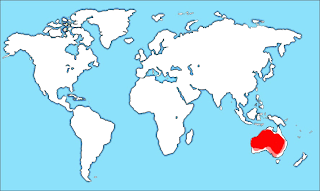 Budgerigars can be found all over the world, although their natural habitat remains in Australia. Image (c) Wikipedia
The first breeding result was based on pure luck. A female budgie had crawled through the small hole of an excavated coconut and gave birth to a nest of baby budgies, right there inside that coconut! By the end of the 19th century, yellow budgies started to appear and in 1910 the first blue budgie attracted many surprised people to an exhibition. Today, there are millions of colour and mutation variations, some of them more extraordinary than the others. 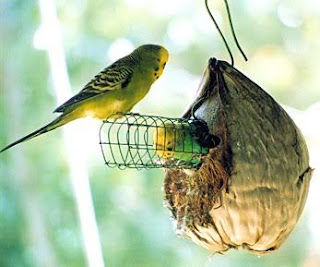 When budgerigars were first imported into the UK, people chose coconuts as nest boxes for budgies, thanks to the first breeding success! Image (c) Barrie's Budgerigars.
Posted by Bika at 7:06 PM