Smallest parrot species in the World

The small colourful birds that we know as budgies are thought to be a sub-species of the parrot. Though budgies are often also called parakeets - especially in American English - the term "parakeet" may also refer to any of a number of small parrots with long flat tails. I'll come back to this later.
Budgerigars can proudly claim their place as one of the smallest parrot species in the world. Their natural shape and agility makes them hard to catch. 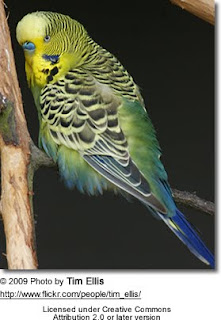 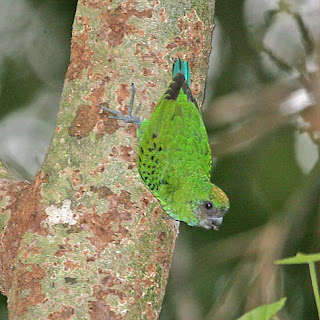 The smallest parrot species in the world, however, are not budgerigars but yellow-capped pygmy parrots (photo on the right). The tiny bird is not much bigger than an adult person's thumb and smaller than some of the insects with which it shares the forest.
Posted by Bika at 1:21 PM