The budgerigar was named Melopsittacus undulatus by John Gould in 1840. John Gould was an English ornithologist who worked together with Darwin and did research in Australia. Gould noticed that the term Betcherrygah was used by the Natives of the Liverpool Plains.

The genus name Melopsittacus comes from Greek and means "melodious parrot". The species name undulatus is Latin for "undulated" or "stripe-patterned". So basically, budgies are little singing striped parrots :) 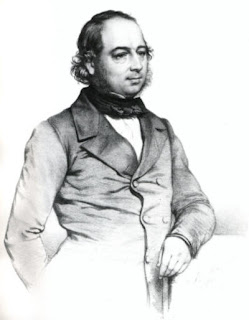 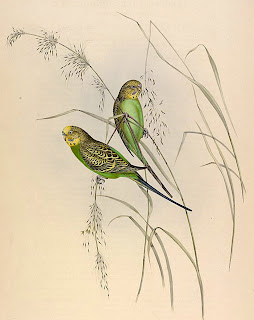 John Gould and his "warble grass parakeets"
There are several possible origins for the English name "budgerigar":
- A mispronunciation of the Gamilaaray gidjirrigaa, possibly influenced by the Aboriginal slang word budgery, which means "good to eat".
- A compound of the word budgery ("good") and gar ("cockatoo"). We already know why the Australian Aborigines gave the budgies that name - they used to eat them >:(
There's a range of alternative common names for our little budgies (most of them are Australian namings I think):