Oh my god, this budgie doesn't bathe, but he floats like a little duckie!

P.S. budgies can't really swim, and most budgies prefer a shallow plate or a little puddle for bathing. So please don't try this at home!
Posted by Bika at 6:47 PM 4 comments:

New poll: how old were you when you got your first budgie(s)?

I changed the look of my blog a bit, partially because the Dynamic view takes such a long time to load, especially on my tiny laptop :-)

I'm secretly happy to be back on the old layout, because you can see things much better and it's easier for me as well :-)

In other news, I've put up another poll, and this time I'm not looking at your budgie, but at how old you were when you got your first budgerigar.

I can start with myself. I was eight years old when a dark blue budgie came into my grandmother's garden, lost and exhausted. They never found the owner of the bird, and since my grandmother already had to take care of her dog, she gave the budgie to my mum. I was immediately fascinated by the budgie and begged my parents to let it stay. They agreed, and budgies have been a big part of my life ever since!

Have a good weekend everyone!
Posted by Bika at 11:46 PM 4 comments:

A few months ago, I noticed that one of my readers had bought an orb-it to clean around her budgie's cage. It's a tiny vacuum cleaner that doesn't nearly make as much noise as the big one we have here :-) and I immediately saw the benefit to it - yes, my budgies fly around in the living room... and they leave some things behind ;-)

It's kind of a drag to pull out the vacuum cleaner every evening, or when you're getting visitors... So now Erlend bought me an Orb-it for Christmas, and I really love it! It's pretty cheap but it works really well! It takes me less than a minute to get rid of emtpy seed shells, feathers and poops around the cage. And my budgies totally love the noise of that thing. I strongly recommend it to anyone who owns budgies!

Pictures: You can use the brush to clean some things, but you can also take it off. When the Orb-it is full (took a few weeks for us), you just empty it in the trash bag.

Note: make sure you have the correct type of socket at home! Erlend ordered the Orb-it from Amazon UK, and they have a different kind of socket so we also had to buy an adapter to make it fit on a Belgian socket ;-) 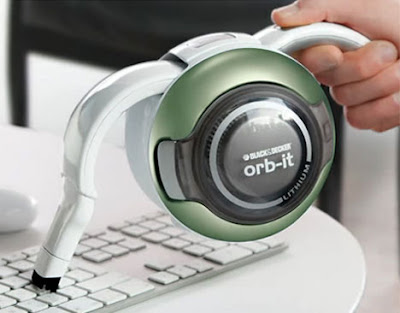 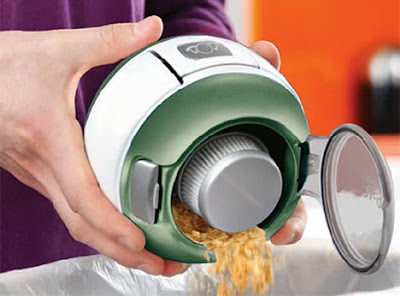 Budgie of the Month: Pico

This is the story about Pico, a blue baby budgie, who became part of these people's family.

"From the very first day, we’ve been able to get close to him. Putting our hand in the cage to put fresh food and water has never bothered him, but it has never bothered him either when we’ve been stroking his chest and belly. I suppose that the first thing I should say is that ours is a flighted budgie as we don’t like the idea of clipping his wings and, as we’ve been told that it’s totally possible to hand-tame a flighted budgie, then we are happy to go for that option."

"Those who know me would say that I shouldn’t have any problems at teaching anybody to talk (including a budgie) because I do like a chat! However, although I’m putting lots on effort on teaching Pico to talk, I do know that not all budgies end up talking.

Whether Pico ends up talking or not, at least it won’t be because we haven’t tried! We talk lots with him and it’s great to see the way he reacts. At the beginning he used to just stare at us. Then he started to show us that he actually enjoyed us chatting with him by moving around in his cage showing us the “tricks” he can do, jumping from perch to perch and in general just looking so happy.

Last Wednesday, I was talking to him while stroking his chest and all of a sudden he started making really sweet noises. These noises were different to his usual happy chirping. It sounded as if he was replying in some sort of “budgie language”. Nevertheless, it made me feel he was starting to “talk back” to me… at least in his own way."

Meanwhile, Pico has grown to be a couple of months old and he's still part of a happy family. He flies around the room and managed to learn a few words, like "Pico", "Pico Guapo" ('Pico pretty boy' in Spanish) and "Mmmmuah!" (the sound of a kiss).

This is Pico relaxing in front of the garden.


Pico with his hamster toy, he loves riding around on it!


This is Pico on top of the hamster toy, on a very colorful floor. His owner got it because he enjoys running around on the floor, and it's more hygienic to have a flat, yet fun surface, that is easy to clean.