From the encyclopaedia Britannica:

"PARAKEET, also spelled PARRAKEET can refer to any of numerous seed-eating parrots of small size, slender build and long, tapering tail. In this sense, the name is given to some 115 species in 30 genera of the subfamily Psittacinae (family Psittacidae) and has influenced another parrot name, lorikeet." The Loriinae (lories and lorikeets) are also considered to be a subfamily of the True Parrot family - the Psittacidae. 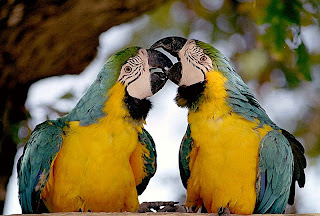 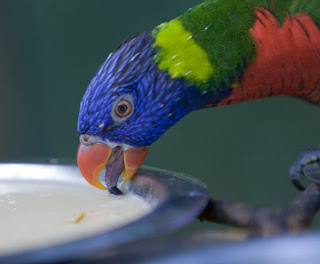 Left: the True Parrots are about 330 species of bird belonging to the Psittacidae family
Right: a Lorikeet drinking. They have specialized brush-tipped tongues for feeding on nectar and soft fruits.

"PARAKEETS occur worldwide in warm regions; they are abundant from India and Sri Lanka to Australia and the Pacific Islands, throughout Southeast Asia, and in tropical America. Typically they form large flocks and may be serious pests in grainfields. Most species lay four to eight eggs in a tree hole. Dozens of colourful kinds are kept as pets. All are highly active and need much room; most are pugnacious—notably when paired—toward other birds; and a few become good, though small-voiced, mimics. Many colour varieties and intergeneric hybrids are known in the wild as well as in aviaries." 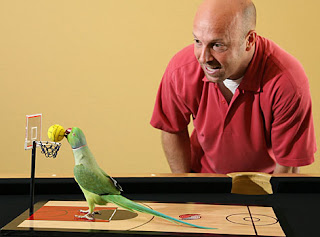 "The most popular caged PARAKEET is the BUDGERIGAR, or shell parakeet (Melopsittacus undulatus). Mistakenly called "lovebird", this 19-cm (7.5-inch) parakeet has hundreds of colour mutations from the green and yellow basic stock; but cheek spots and close barring on the upper parts usually persist. Sexes look alike but may differ seasonally in colour of the cere, the bare skin at the base of the bill. Budgerigars are seed eaters; in the wild, they form large flocks in Australia’s grasslands. They breed colonially, in tree holes, laying six to eight eggs twice a year. Most budgerigars are hardy, surviving for 5 to 10 years." 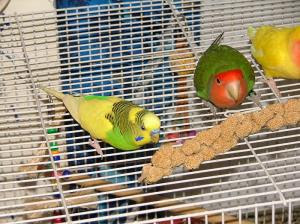 Picture: a budgie and a lovebird, sharing a meal. These birds are often confused with each other, and in most cases they are even enemies.

"The Australian parakeets, or rosellas, Platycercus species, have scalloped backs and underparts, black shoulders, distinctive cheek and throat markings, and long, broad tails that are centrally greenish or bluish with a blue and white margin. The seven species, averaging 26–36 cm (10–14 inches) in length, are also called harrakeets. The smaller broad-tailed parrots are the five species of Psephotus, which have no specific group name." 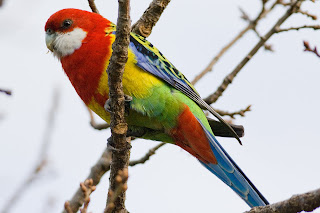 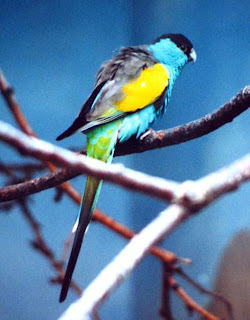