Budgerigars have survived the harsh inland conditions of the Australian Outback for the last 5 million years. They were well known to the native aboriginal peoples of Australia, who used to catch the budgies for food and used their plumage for symbolic decorations. They already had a few names for the birds by the time colonists became familiar with them in the 1700s. 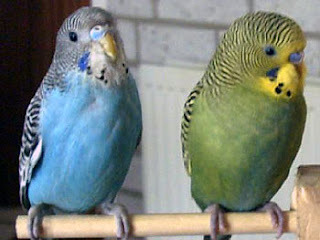 The English Zoologist Dr. George Kearsly Shaw (1751-1813) documented the existence of the species in 1794, but they were not yet able to make a good study on budgerigars, since they were still living in the wild. Shaw was the first to describe the small parrot, "the Australian Splendid Grass Parakeet", which he named "psitaccus undulatus" (undulated grass parakeet).
The English ornithologist John Gould (1804-1881) was clearly fascinated by these small birds, referring to them as the "most animated, cheerful little creatures you can possibly imagine". 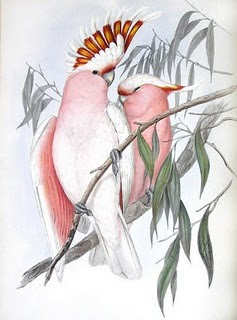 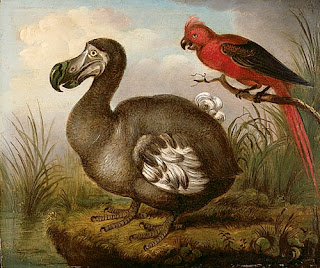 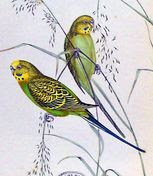 Some extracts from Gould's masterpiece Birds in Australia
So they still had dodo's back then? Wow... check out that nice picture of our sweet budgie buddies!
Gould was able to take a few budgerigars home with him. In 1840 he published the first detailed report on budgerigar behaviour in his work Birds of Australia. He was also the one who came up with the current scientific name, melopsitaccus undulatus ("melodious parrot", but also meaning "the best of all the grass parakeets"), in recognition of the birds' unique characteristics.

John Gould is mostly remembered because he was the one who imported the first live budgies to Britain during the same year, in 1840. Gould is also remembered as the enthusiastic ornithologist who described the famous finches of the Galapagos isles, in cooperation with Charles Darwin. 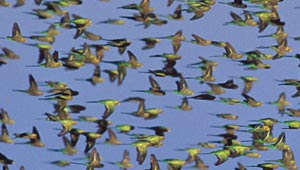 Five million years later, vast flocks of wild budgerigars still range across the deserts and dry grasslands of the Australion Outback. Fossiled bones found in Australia reveal that budgies have barely changed in the last four million years. This means they have been around far longer than the Aboriginal people, who arrived about 40,000 years ago, or any human beings at all!
If anyone knows the secrets and dangers of Australia, it's a budgerigar. These little birds are shaped by natural evolution, healthy, hardy, adaptable, tough and intelligent. They are capable of flying more than 400 km in a single day. 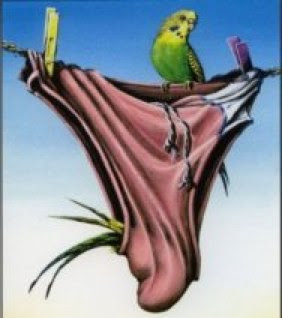 Ever since Gould introduced the birds to Europe, they've become the world's most popular pet bird. Nowadays, it's illegal to export wild budgerigars from Australia. Don't confuse this with the so-called Budgie Smuggler meme, it has not much to do with real budgerigars - but more with a certain kind of swimwear: