"Budgie" (formed in 1967 in Cardiff) is one of the oldest and most influencing hard rock/heavy metal bands from Wales. Despite the fact that Budgie was a very successful band for its time, Metallica made the band even more popular by playing some Budgie cover songs on their album Garage Inc., as well during live performances.

The band members of Budgie are Burke Shelley (vocals, bass guitar), Steve Williams (drums) and Craig Goldy (guitar). After a journalist commented Budgie's sound was more akin to a 'Six Ton' Budgie, their name became as heavyweight as their gigs.

One of the reasons why I want to mention them in my blog, is that they have some really cool artwork on their CD covers. Here are some examples: 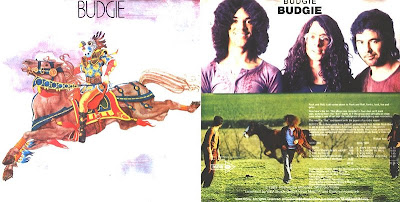 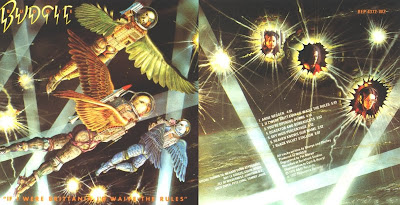 "If I were Brittania I'd waive the rules" 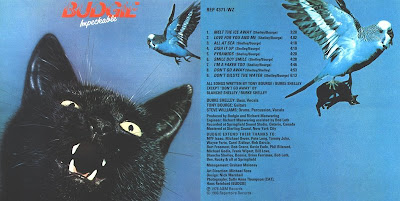 "Impeckable" (I love the pun and the pictures ^_^) 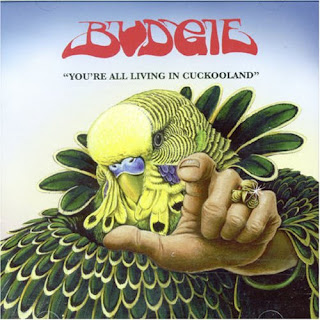 "You're all living in cuckooland"